This Girl is on Fire

Ages 2.5 to 3 have proved to be the most...challenging...with Gracie. Luckily, they have also been some of the most entertaining. Here are some favorites of late from my best girl:

Leaving School
Gracie: Mama, are we leaving?
Me: Yep, we are getting the heck outta dodge
Gracie: This isn't DODGE, this is SCHOOL!

Playing early one morning
Gracie: Mama, did you poot?
Me: NO?!?!
Gracie (very seriously): I fink your breath smells like a poot
If you need me I'll be brushing my teeth for the next century

Running into an old boss of Parkes
Man: Is this your baby brother?
Gracie: Yep. He feeds off Mama's chest ALL OF THE TIME!
I have no idea why she phrases it like that- it makes it sound like Sam is some sort of jungle beast.

Gracie's class has a clip system where each child starts out on green and is moved to yellow or red should their behavior warrant it. A few days ago, Gracie was sent to her room for some back-talking - after a few minutes I went to check on her and found she had taken all of the clips off of the bottom of her window shades and was clipping them to various areas in her room...
Me: What are you doing?
Gracie: Mama, you've been moved to red. You will stay there unless you can be good today.
Later, after Parke said something smart...
Me (kidding): Gracie, Daddy is being rude.
Gracie: Don't worry, Mama. I've already moved his clip to yellow.

Gracie, holding an empty toilet paper roll up megaphone style
And now, presenting our very own baby. The one, the only, SAMUEL HASKELL HARRIS!!!!
I really don't know where she gets this stuff

We love, love Gracie and Sam's school- but occasionally Gracie picks up some phrases we would rather her not- these include
LEAVE ME ALONE
and, my favorite,
YOU'RE NOT MY BEST FRIEND, MAMA!!
To which I always reply, "You are exactly right, I'm your mama"

Playing with some new bath toys
Me: Gracie, what are your new fish named?
Gracie: Sally, and Sally the FOOL!
Calling them like she sees them, I guess

After Sam does one of his roll/twirl/dive deals
Oooooooh, Sammy! You've got some MOOOOOBES!

Deep conversation on the way to school
Gracie: Jesus is in our hearts
Me: Yes! That is exactly right, Jesus is everywhere
Gracie: Yeah, like we can chew him up and eat him and then visit him in Heaven on a purple balloon
Ummmmm...

Needless to say, this girl keeps us on our toes and will probably continue to do so for the foreseeable future!
Posted by Anne at 9:46 AM 2 comments:

The Story of Sam

The other day I was reading back through old posts, trying to piece together when Gracie had some milestone or another so that I would know what to expect for Sam. I ended up reading almost a year's worth of posts and crying/laughing/smiling through them all.

This blog really serves as the best record I have of my children. Despite the 5 million pictures I have on my phone, I am way too disorganized to put together a proper "baby book". So, this is it. And now, for the first seven months of Sam's life, I have nothing written down.

I learned long ago that beating yourself up over things you can't change is pretty pointless, I really try to go with the "just do better from here" method.

So, let me start at the beginning. The story of Sam.

Sam was the only one of my children with whom I was in no hurry to evacuate the premises. I loved being pregnant with him-which is an annoying thing to say, I know. Annoying, but true. And because I was perfectly happy in my roly poly state, I really had not given much thought to the actual birth day. I remember having a very out-of-body feeling at my 38 week appointment, it truly had not sunk in that this baby had to come out.

And it really didn't sink in until the very early morning drive to the hospital. As Parke and I tiptoed out of the house, leaving my mom and a blissfully unaware sleeping Gracie behind, I just lost it. It all hit me at once. Here I was again, having this baby who I already loved more than life and everything that was to or could change in the next few hours came crashing down on me. Every thought of what could go wrong, which now seemed multiplied by a million because it not only affected me and my life but that of my innocent baby girl, hit me like a ton of bricks. I cried and cried. Luckily, Parke is very accustomed to such outbursts and though he must have been scared to death himself, he just patted my leg. He also did not eat anything for breakfast out of solidarity with me. He's a good egg.

By the time we reached the hospital, I'd pulled myself together. Before I knew it, I was in a gown and hooked up to a million machines. There is a moment, at least for me, when they wheel me back to the operating room and away from Parke and put me up on that cold metal table surrounded by beeps and cold, cold air...and I want to run. Just for that moment, but I want to hop off that table and take my big belly with the baby safely inside and run like crazy.

That moment always passes, but I will say I think that this was my scariest c-section. In actuality, it was the best one- or the one with the least complications- but sometimes you just know too much. Once Parke got to the room and the doctors started their work I found myself screaming in my head to just get the baby out. Outwardly, I think I appeared pretty calm- well, until I started shaking uncontrollably, but I was assured that was due to all of the drugs (Side note: Drugs and I do not get along. At all).

After what seemed like way too long, I felt "some pressure" (this is what doctors say during a c-section- it actually feels like someone is pulling all of the insides out of your body...which..yeah, eeeww) out came Samuel Haskell Harris. Emphasis on the "Hair". The actual first words I heard anyone say as my child entered this world were, "that child has more hair than any caucasian baby I've ever seen".  He was 7 lbs 2 oz of hairy perfection.

The next moments are still so clear to me, even all of these months later. They wrapped the baby up and Parke held Sam's head next to mine and I just kept kissing that head- I remember how soft his hair and skin were in comparison to the rough fabric on his little hat- and I just kept telling how much we loved him. Over and over again, "I love you, we love you".

I won't bore you with the rest of the recovery (as I said, drugs are no friends of mine), but after the initial shock to my body wore off I can honestly say that my hospital stay with Sam was probably as close to heaven as I'll get on this earth. I've never felt such euphoria. I was just so very happy. I can't even explain it, because of course there were plenty of hard parts to come, but for those three days I loved my little bubble with my little boy. Gracie came to visit and my heart almost burst holding both of them at the same time. And somehow I felt that first baby boy of mine there too. The actual events of those days are fuzzy, but the feeling I have when I think about that time is so clear. Love. Pure and simple love.

The best part? The story of Sam was just beginning. 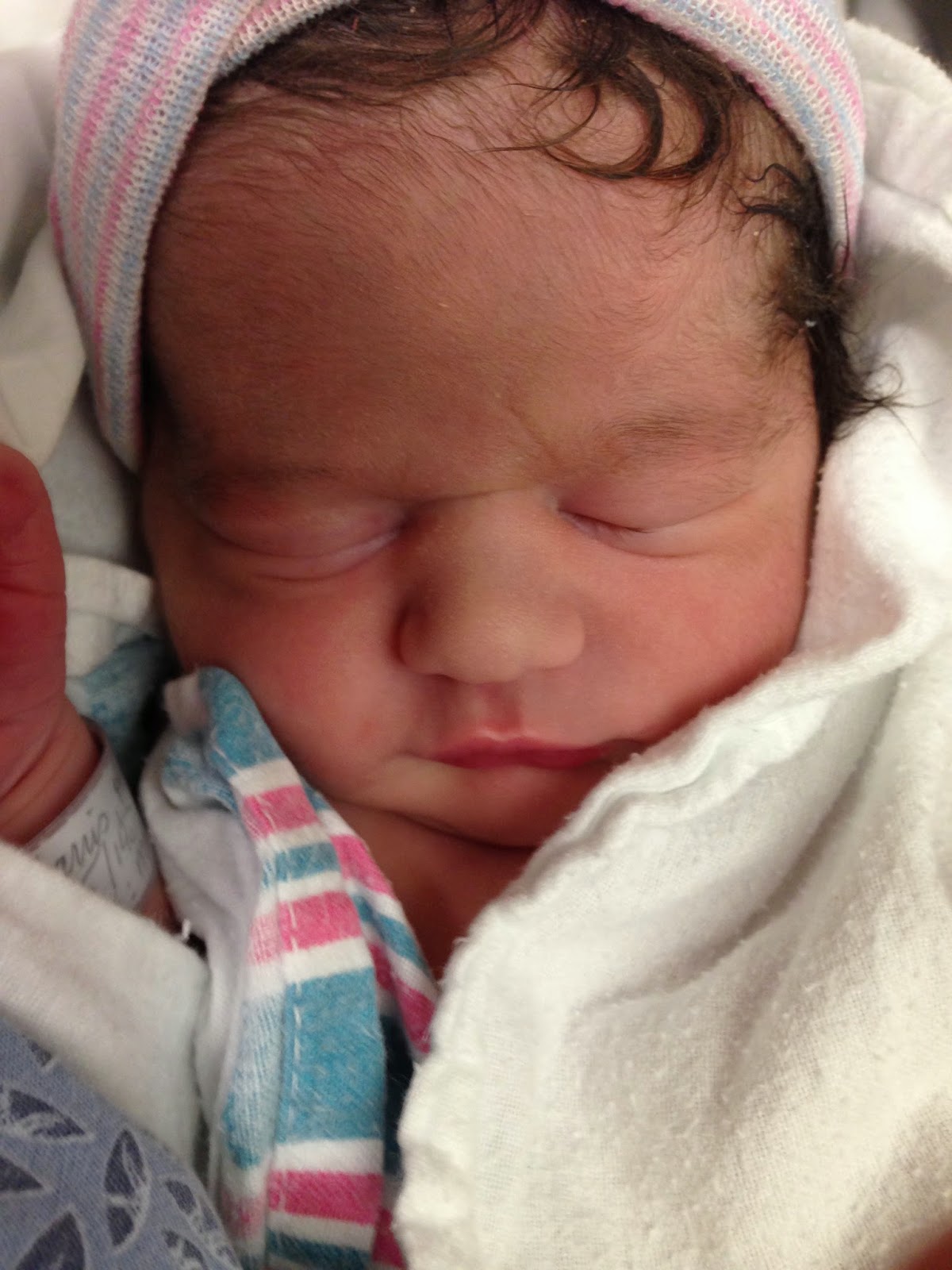 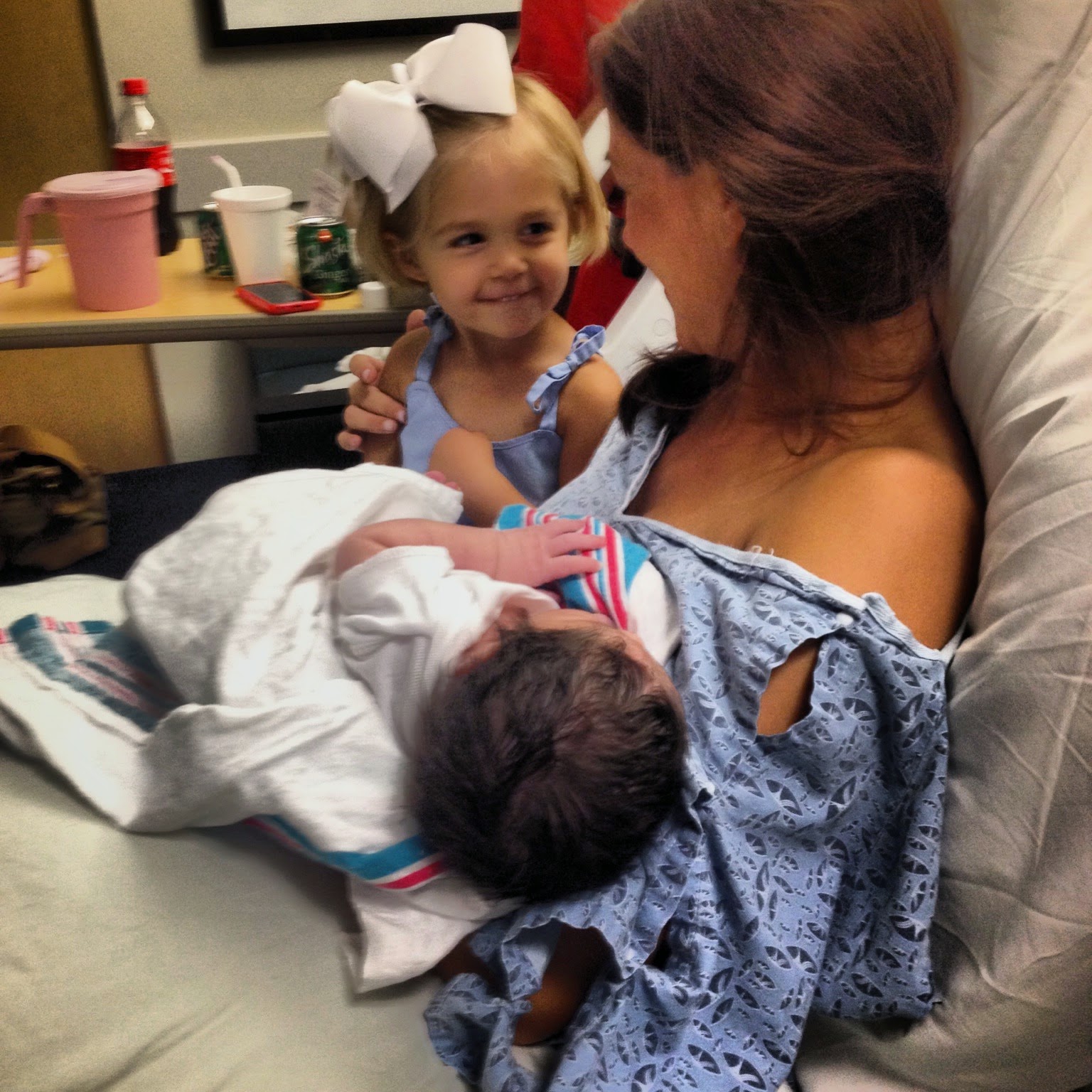 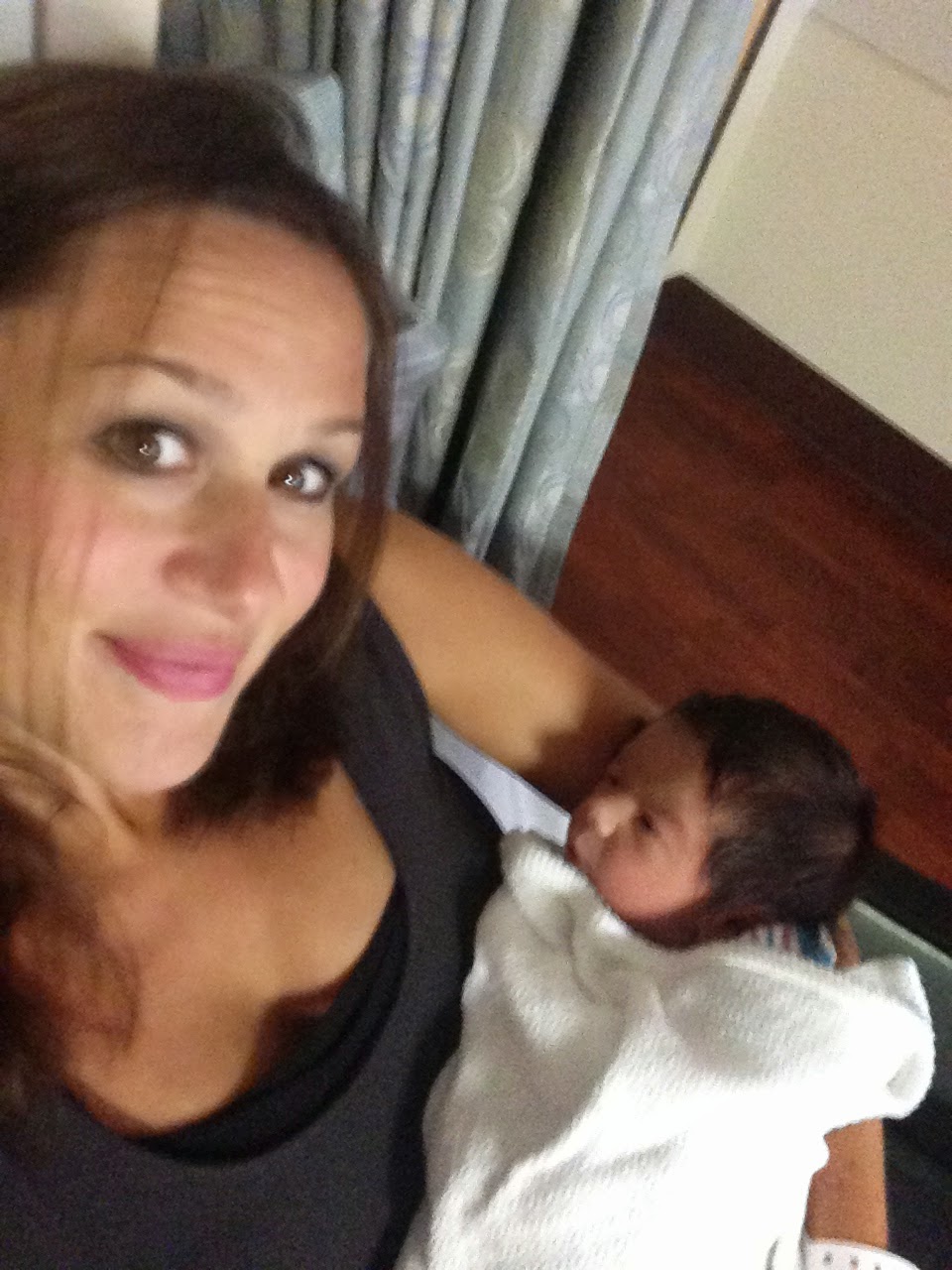